Let me start out by letting you know that if you are looking for a feel good novel, look elsewhere. Shovel Ready is a dark story that takes place in a dark, not too distant, future. New York has been attacked, and everyone has either fled to another place, or hid themselves in virtual reality. The few people that are left either live in tents or in the abandoned high rises of the once upper class. The main character is a garbage man turned assassin. He views his current job as just another way to take out the trash. When he is hired to kill a young woman, his job suddenly starts to become complicated, and he is forced to make a decision that will change his life forever.
The future that is painted in this book is extremely dreary, and the author makes the filth, gore, and sin incredibly tangible to the reader. It is a fast-paced read, and even with flashbacks to before New York was bombed, there are no real slow parts to the story.
The novel’s flow is in part due to the writing style, which is a kind of creative form of steam of consciousness. It really allows you to get inside the main characters head, and the world through his eyes is about as dark as it can get.
I liked the writing style even though it was very different, even though it is not for everyone. The main character is a sociopath who feels nothing even when he kills people, so if a glimpse inside a head full of violence is not for you, don’t read this book. The book includes violence, murder, rape, filth, and other terrible things as a part of daily life, so I feel that it is the type of novel that is destined to offend someone.
I still enjoyed the story and found it gripping despite its darkness. The writing style takes a bit of getting used to, but after a while becomes quite immersive. Overall I would give this book a 7/10.
I received a copy of this book from Netgalley and the publisher in return for an honest review. 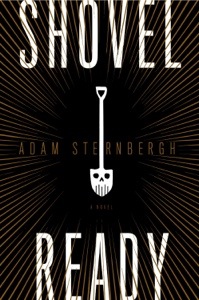